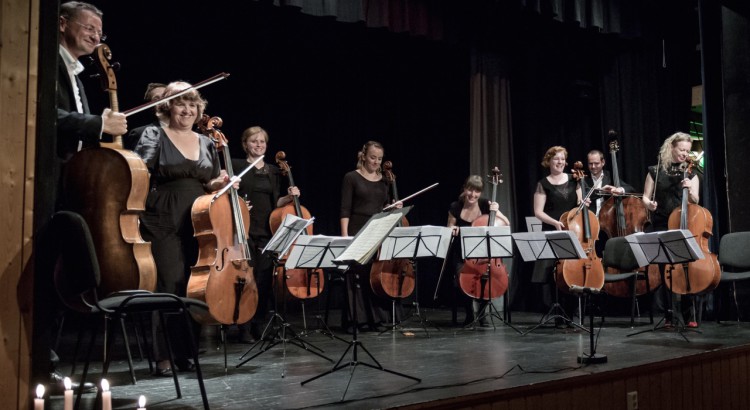 This summer’s festival is approaching, and we are proud to present our feature guest artists!

Martin Menking, a member of the Berliner Philharmoniker, is coming to Lofoten to lead our cello ensemble in two concerts featuring some highlights from Norwegian, French and Russian repertoire. We are very much looking forward to be working with Martin, who provides competency not only from what may be the best orchestra in the world, but also from what is considered the world’s leading cello ensemble consisting of the twelve cellists of the Berliner Philharmoniker.

Tanja Orning has been a pioneer in Norway for many years already regarding experimental music for cello. As one of the foremost performers in Norway she has been involved in commissioning and premiering more than 80 solo- and chamber musical works, and we are particularly happy that she is composing one of the first two commissions in the history of our festival!

Christian Wallumrød has for a long time stood out as one of the most intriguing composers and musicians in Norway. His music is a blend of jazz, contemporary music, folk music and baroque music in a very personal expression. He is receiving ovations in the press abroad as well as in the homeland, and in 2014 he won the Norwegian Grammy in the Contemporary category with Christian Wallumrød Ensemble.

The very first highlight happens already on the 2nd of August, when we prestart this year’s festival with Siri Nilsen backed by a band of cellos! The Norwegian singer/songwriter comes straight off a tour with her band, but as have become a tradition in Cellolyd we are replacing the ordinary band instruments with cellos for the occasion. Siri won awards for her debut in 2008 and is currently on tour with her third album, which earned her a Norwegian Grammy. She comes highly acclaimed and we are looking forward to perform some of her beautiful songs with cello-band!

All is set for a festival ensemble in prime shape! Another highlight of this summer’s festival is the concert called ”Nye Lyder” (new sounds) where we can offer the world premiere of no less than two new Norwegian cello octets – on commission from the festival! The cellist Tanja Orning and the pianist Christian Wallumrød are each composing pieces for our festival ensemble, and they will also perform both individually and as a duo.